Recess — the most anticipated event for every child during the school day. What happens when some math equations stand in the way of playing outside?

Director Ed Cipolla had this idea and direction swimming in his mind for years before he decided to bring it the Long Story Shorts initiative. When he pitched rotoscoping to the team, we had no idea how to approach it. However, we trusted his vision and jumped to action creating a greenscreen studio. We had two student desks, a school teacher desk partially created with paper, two talented actors, a hard working crew, and a director with a clear vision. What resulted was a tightly paced short film that seamlessly merged our footage with the rest of the backdrop fabricated in post production. 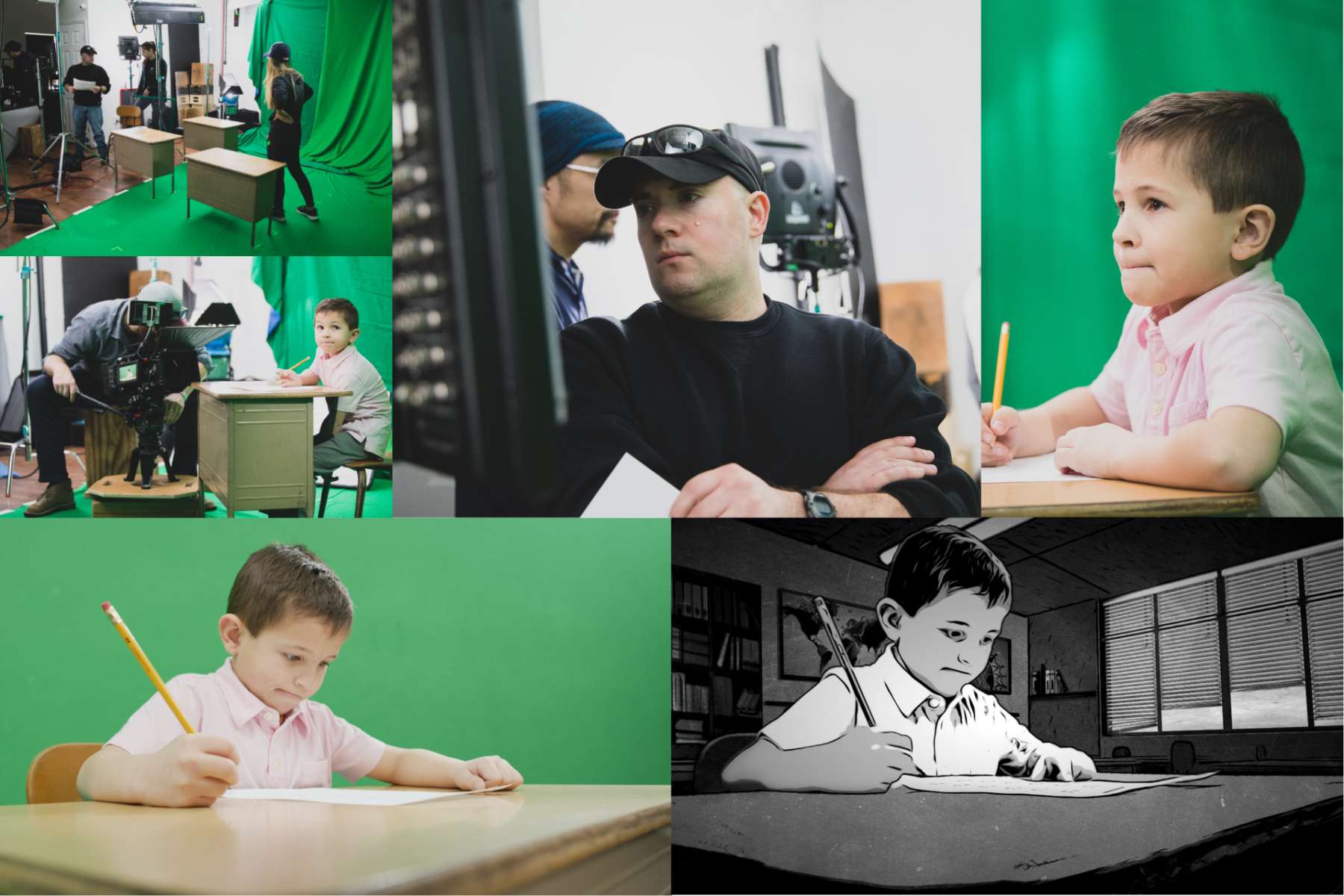