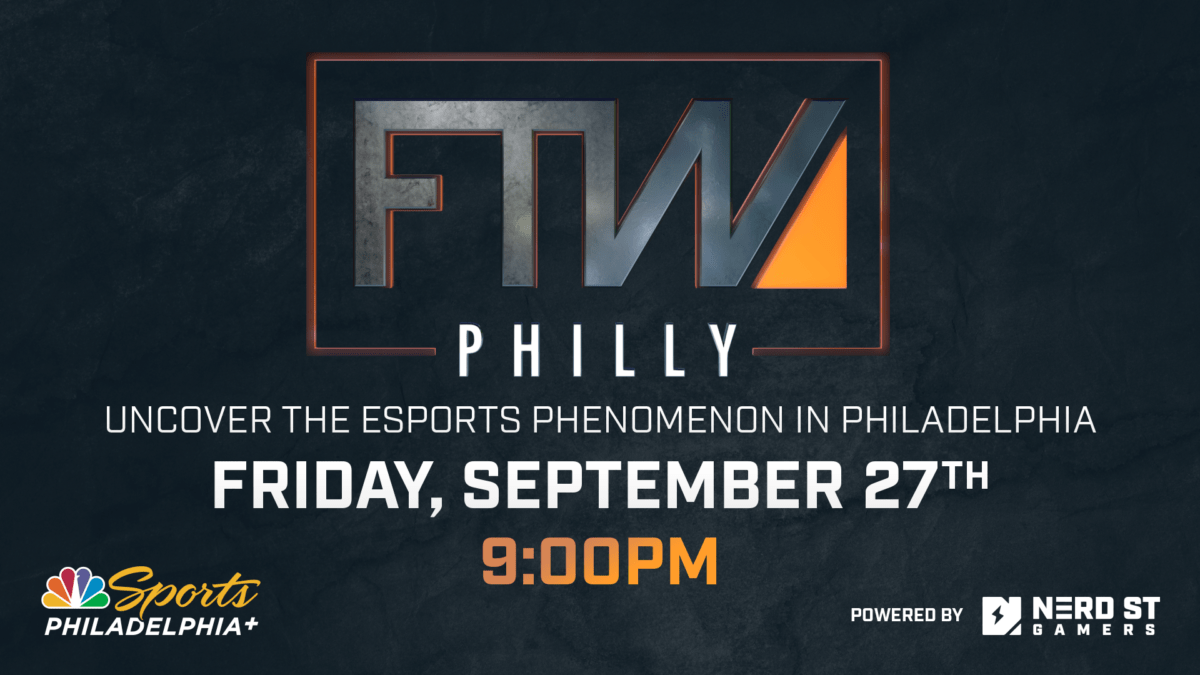 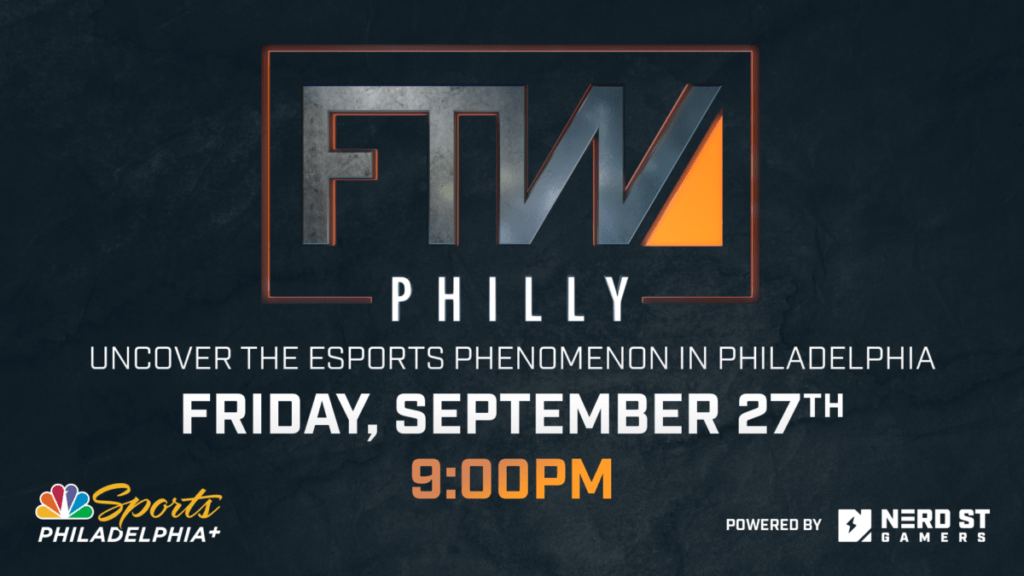 The premier of “For the Win Philly” is launching alongside a weekend of events and festivities that lead up to the Overwatch League Grand Finals on Sunday, September 29th at Wells Fargo Center. Audiences tuning in to NBC Sports Philadelphia+ will get an inside look at the world of esports, its presence in Philadelphia, and how this massive industry is continuing to rise.

“Esports and traditional sports athletes have a lot of the same traits – grit, determination, and heart,” said John Fazio, CEO of Nerd Street Gamers. “‘For the Win Philly’ will take you behind the scenes to show the passion and stories of the gaming community in Philadelphia.”

”For the Win Philly” is centered on The Reversal, a National Championship Series fighting game tournament held in Philadelphia, the story will focus on the players behind the game, giving viewers an exclusive look into the world of esports and competitive fighting games at the ground level of competition. For the Win Philly also focuses on educating viewers about esports as a whole, and how something that was traditionally viewed as a hobby, has evolved into a billion-dollar industry.

“NBC Sports Philadelphia is the home of the Authentic Philly Sports Fan, and it is a natural extension of our mission to cover local esports such as the Fusion and Nerd Street Gamers,” said NBC Sports Philadelphia Sr. Director of Strategic Initiatives Todd Berman. “We feel we can bridge the gap between traditional and esports fans by creating compelling and original content across our platforms.”

“For the Win Philly” will be produced by Maestro Filmworks, an award-winning production company based in Philadelphia. “There are so many personal stories in esports that are just waiting to be told and we’re excited to be producing this show with Nerd Street Gamers and having the responsibility of bringing these stories to the mainstream,” said Kris Mendoza, Executive Producer at Maestro.

“For the Win Philly” Air Dates:

“Across the world from South Korea to California, fans are wearing Philadelphia Fusion and Harrisburg University Storm jerseys,” continued Fazio. “The Philadelphia region has become an epicenter for the growth of esports, and we are excited to tell the stories of those making it happen.”